The term Coworking can be translated as “working together”. Different startups, creative folks, freelancer, etc. work in big and open offices and share working space. Thus when it comes to Coworking one rents out a single desk instead of a whole office.

Coworker work independent and individually from each other on various projects, yet mostly in the same room so that they can exchange creative and diverse ideas and profit from each other’s experience. In addition to the office space the coworking space offers an infrastructure (including network, printer, and conference rooms) and thus enables an independent working environment as well as the development of a community. 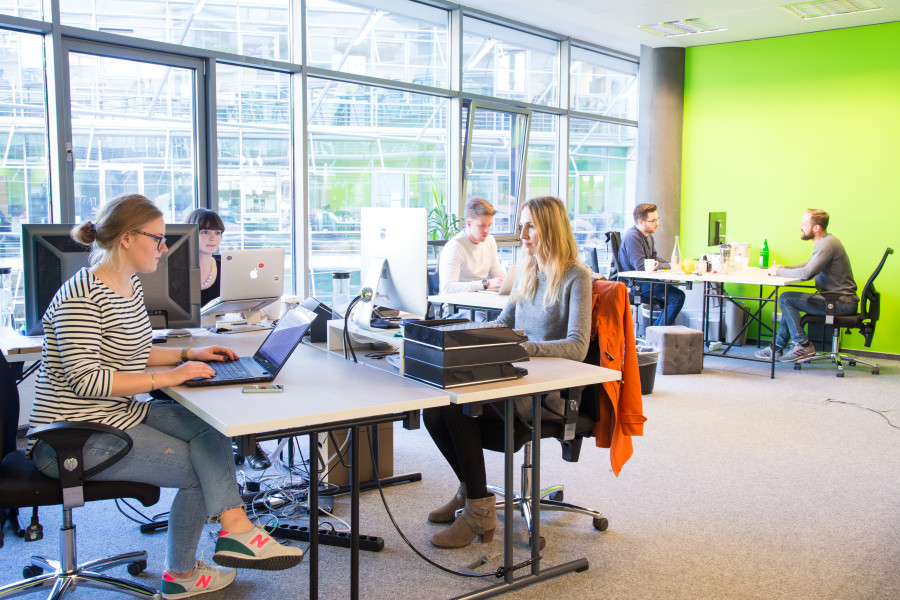 Due to the diverse mixture of Coworkers the shared office space offers an ideal hotbed for new ideas and business models. New connections can lead to new business and synergies. Individuals who make use of this new phenomenon in the working environment report a higher motivation and productivity.

Several studies have been set out to examine this effect, one of them being the greatest one ever done on this topic. Researchers talked to 661 Coworkers from 24 different countries regarding various topics. Here are some of the most important questions and answers:

More than every other plans his daily tasks more effectively and thus is able to relax once at home (60%). After all 42% of Coworkers generate higher revenues.

Equally important is the meetup with other Coworkers (86%) and the possibility to share and exchange knowledge (82%).

Most Coworkers work in a Coworking Space on a daily basis (41%) one in five at least three to four times a week. More than half rent out an office space with a 24/7 accessibility (55%).

When the question was asked, what Coworkers like most about their current Coworking Space most of them answered: The informal atmosphere and the people they share the office space with.

Who works as a Coworker?

Most Coworker are in their mid 20th or late 30th. The average age is 34 years. Two third of them are male, one third female.

The overwhelming majority of Coworkers is involved with the creative industries and new media. Most of them are web designers or programmers whereas the line between these jobs is very thin and most of them did not just specialize in a single area.

Man and women in a Coworking Space

Should Coworking Spaces differ for man and women? Female Coworker more often desire a separation between open and closed rooms (55% as compared to 37% male Coworkers). Completely open rooms are only wanted by one in ten females, but more than one in four males.

Woman also place a greater emphasis on community. They mostly work in set teams and rarely by themselves as compared to man.

Those that hire more than one employee are usually among the youngest founders. Instead older founders are more frequently involved in Marketing, PR or in the art of writing and are more likely to work as freelancer as compared to their younger colleagues.

Last but not least a surprising result: Not just the 20-35 years old individuals make helpful acquaintances in a Coworking Space – on the average more than six within two month. When it comes to those older than 50 years of age the average number of acquaintances is even greater (ca. 7), while those between the age of 35-45 only meet 5 helpful individuals in a Coworking Space, probably due to their higher involvement in their family.

You want to know more about this study? Click here for the study.

Everyone has own ideas

One of the greatest myth in regard to Coworking is, that if one shares own idea some else will copy it. At STARTPLATZ we are dealing with a lot of young founders on a daily basis and every once in a while we are confronted with the question of: “How can I prevent someone from stealing my idea?” Very simple: “Without an own idea no one even works in a Coworking Space” and just like STARTPLATZ founder Lorenz Gräf used to say: If you cannot talk about it, your idea is not good enough.

STARTPLATZ offers a representative, innovative and productive working environment, in which creative ideas are put into practice. Fully equipped office spaces, an existing infrastructure and a lot of opportunities to mingle.

Take advantage of our Coworking benefits and enjoy the NETWORK, INSPIRATION, MOTIVATION, PROFESSIONALITY: 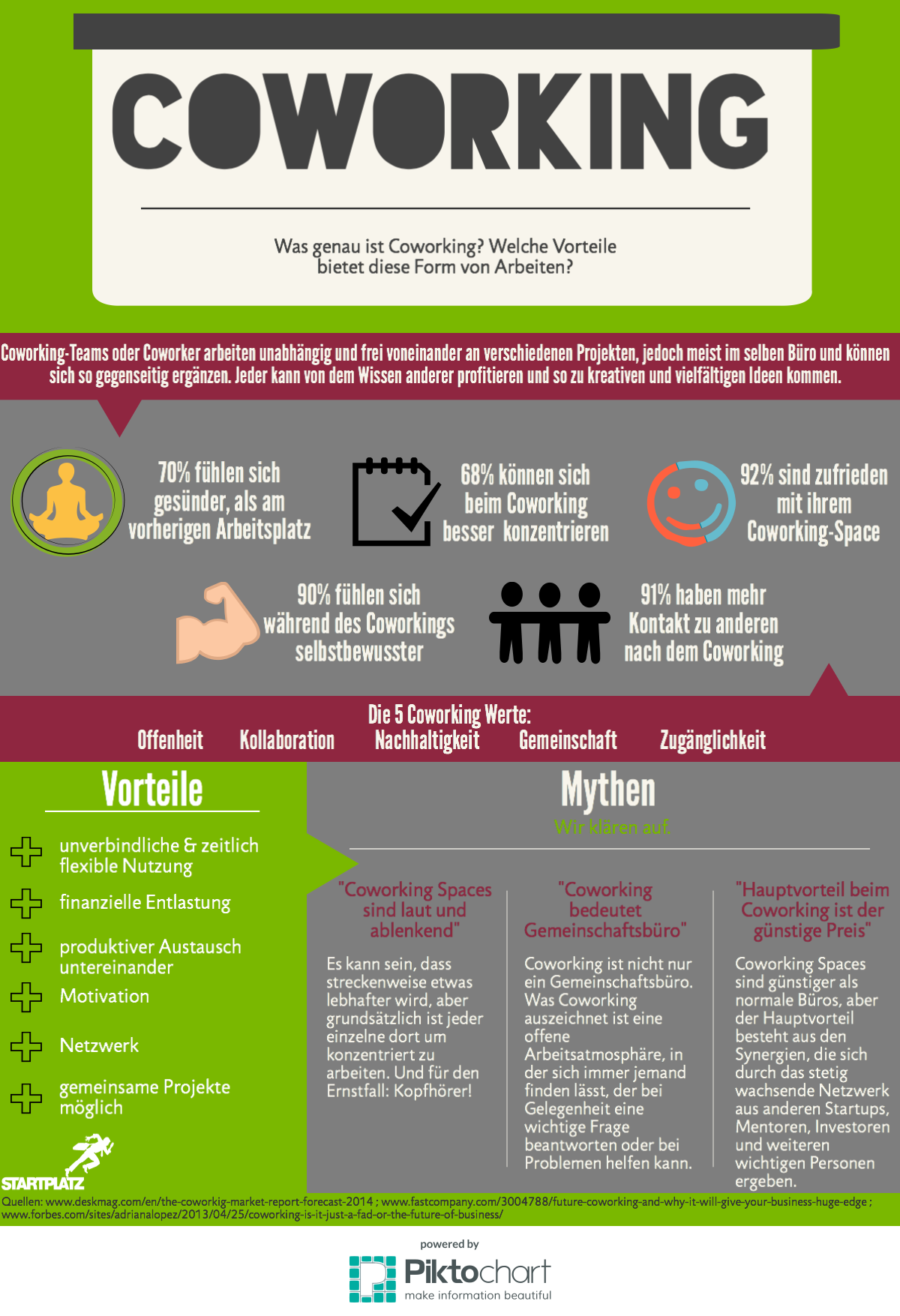 All benefits at a glance