STARTPLATZ hosts another Startup Grind – in this edition we meet our special guest Thomas Bachem, Founder of Code University and Lebenslauf.com. At eyeo GmbH in Cologne, the home of AdBlock Plus and the perfect location for an awesome networking experience, we gathered among drinks and delicious pizza with Tom, who shared with us his passion for software development and how he started his journey when he was just thirteen years old. 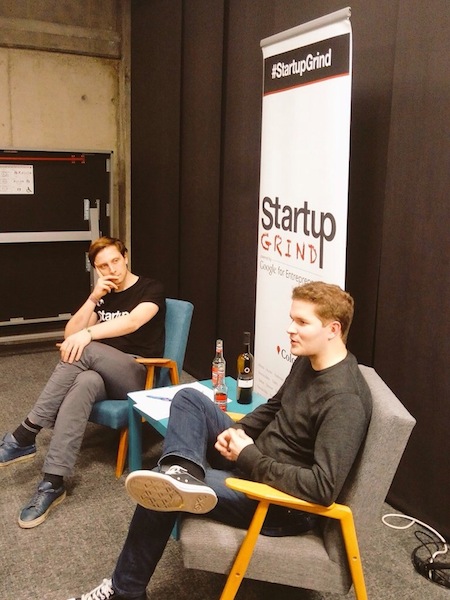 Tim: “Hello Thomas, we welcome you today at eyeo and are excited to hear about your journey. You are Co-founder of Code University and several other companies. When did you first start to notice your passion toward software development?”

Thomas: “Thanks Tim for having me, I’m glad to be here tonight. Well actually I think it was back when I was 12 years old, it all began with gaming, but with time I realized that I was rather interested in creating software than video games. Pretty early on, I made up my mind and one day went to a bookstore here in Cologne, I think I was 13 years old. Very naively I told the book salesman that I wanted to learn about programming and asked him: “What do you recommend?” That’s when he gave me a very thick book about C++ programming, that after looking at it closely turned out to have nothing to do with graphical programming but had a rather theoretical approach. Quite frustrated I went back to the bookstore, this time I just looked around by myself and discovered a book called “Microsoft Visual Basics”. Sad thing was that it cost like 190 Deutsche Mark, which was insanely expensive for me back then – considering I was just thirteen years old. I returned home and collected money from my parents and grandparents in order to be able to buy this book. That’s when I started working through my Visual Basics book and discovered my passion.”

Tim: „Did you know any like-minded people at this time, friends that shared your passion?“

Thomas: „Sadly, in the beginning I didn’t know anyone who was interested in the same things. My friends from school weren’t really into programming although that changed rapidly when I started to spot more and more Internet communities about programming. Shortly after I started an online community for Web Development myself. That was basically the starting point to a bigger community – the place where I found most of my like-minded friends and people who I later employed or co-founded companies with.“

Tim: „Did you know back then that you wanted to build your own company?“

Thomas: „No, not that I was aware of at the time! For me, it was the joy of programming at first. I didn’t have any plans on building my own company – the whole popularity of building startups emerged much later. But what I do remember is that I enjoyed organizing events and leading people, I started to engage myself as a student representative. Eventually my entrepreneurial interest emerged with programming as I realized that I was able to earn quite some money programming websites.“

Tim: „How did you get your first clients?“

Thomas: „Most of them I acquired on Schuelerjobs.de, which is a platform for student jobs in Germany. I took on my first jobs creating websites for B and C celebrities, one of my bigger clients for example was Heinz Hönig, who was a famous German Actor back then. That’s how it all started.“

Tom Bachem shares his success story with the crowd

Tim: „So I suppose you studied Information Technologies?“

Thomas: „Actually I studied Business Administration at the Cologne Business School. The reason I wasn’t intrigued by Information Technology as a study course was pretty simple, maybe even naive: first of all I didn’t like the theoretical and mathematical based study programs, that contained so many words I’ve never heard before. But even more important I was afraid of this cliché of the computer nerd, sitting in dark basements with no friends or any social network whatsoever. Furthermore the notion of not being the person in charge so to speak, who leads creative processes. Business is something I’ve always been interested in and I thought it would be a good combination with my technical skills in developing software.“

Tim: „When did you start your first company?“

Thomas: „My first company was sevenload, with the initial idea being to create a photo sharing platform, which quickly shifted into a video platform. It all happened during my time at Cologne Business School, when I met my former Co-Founder Ibrahim. I focused a lot on the technical details in the beginning, most of the rest was done by Ibo first and also by Axel Schmiegelow, founder of denkwerk who later became CEO of the company. He was the first Business Angel investing in us – he invested 250.000 Euros, which was a lot at that time and still is a lot now.“

Tim: „What was your strategy behind starting your own business?“

Thomas: „To be honest, I just did what I thought would be a great product. There wasn’t much strategy behind it.

Looking back, I think it was a lot about passion. I simply wanted to have a product for myself.

Back then we used a lot of state of the art technologies like AJAX, a feature that allows you to update a webpage without reloading the website. I discovered it on flickr and thought it was awesome. One day later it was online on sevenload – soon it was all over the internet. Slowly, the team began to grow, I hired people who were just as passionate about programming as myself and were mostly my age, which brought a lot of Startup spirit into the game.“

Tim: „How many companies besides Codeuniversity have you founded in total?“

Thomas: „I established three product-based companies and two service-based companies. Lebenslauf.com was a one-many company, I wouldn’t necessarily call it a startup but rather a product. Something I invested quite some time and effort in is the German Startup Association, which is the representative of the German Startup-Scene mostly addressing political issues. That’s something I engage in voluntarily. I’ve always been interested in issues that concern the whole community. When I started building my own company the Startup scene was very small in Germany and I developed this feeling of wanting to help this whole community. I realized at some point that so many entrepreneurs were complaining about politics rather than promoting change. I feel like Entrepreneurs shouldn’t complain about circumstances, but rather get things done.“

Tim: „When did you come up with the idea of Code University and why did you feel the need to build your own University?“

Thomas: „I had the original spark of an idea thirteen years ago. Primarily because I wasn’t happy about the Computer Science Programs in Germany. I kept asking myself why there were so many Business Schools in Germany, but basically no Tech Schools. I’ve always liked the approach of studying at smaller private schools on a more personal level, that’s mainly why I decided 2 years ago to build my own University. Code University just started one and a half months ago. We are a state-recognized University of Applied Sciences and now have 88 students studying in Berlin.“

Tim: „What’s the most important thing you are looking for in a professor?“

Thomas: „We are looking for PHD software engineers, who have experience in teaching and who teach for at least 50 percent of their time. But more importantly we opt for professors who act more like mentors, like a coach who guides the students towards reaching their goals, rather than someone who just provides knowledge. Someone who is able to take himself back and puts their student first. Professors need to be passionate about teaching – that’s our number one criteria.“

Thanks to everyone who joined this awesome and inspiring Startup Grind #13 with Thomas Bachem of Code University! Don’t miss our next Startup Grinds in Cologne and Düsseldorf! 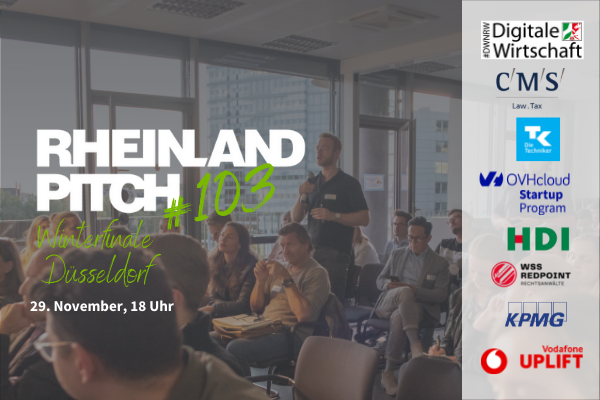 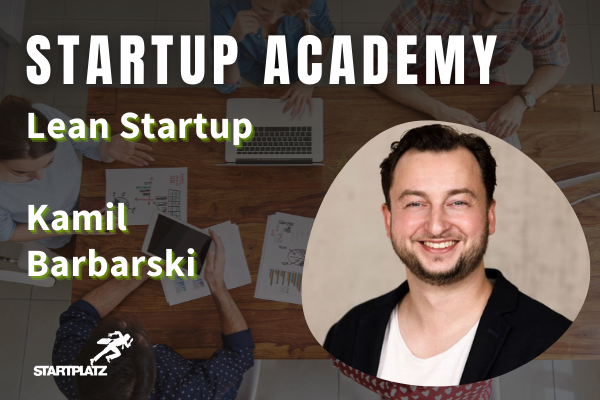 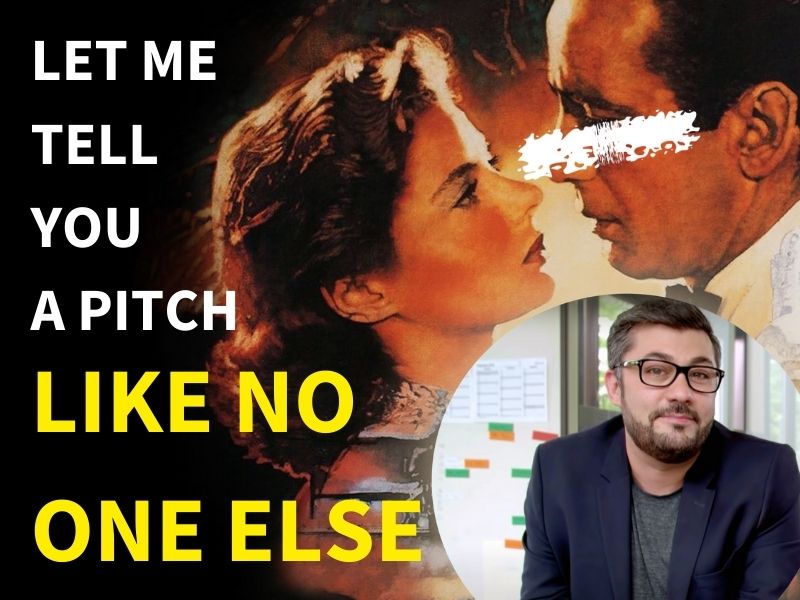